During the summer of 2017 Stefano Scagliarini​ contacted NoisyVision to request assistance for his thesis at Politecnico di Milano​. We immediately answered, convinced that an  external and artistic point of view on Usher syndrome would help to the awareness of the condition.
The thesis has been awarded cum laude and there is already a sequel project.
Three stories, three people, three cities for a common denominator: Usher Syndrome. Telling and photographing it can become art and poetry, as Luigina tells us. The story reported here is set in Milan, the one of Dario Sorgato​ in Berlin, and the one of Alessandro Mennella​ in Genova.

“Hello Luigina!”
A voice, coming from outside my visual field, greets me. I figured it must be Stefano Scagliarini, the graduate student studying Communication Design at the Politecnico di Milano, who I was waiting for at the exit of the Moscova metro station in Milan.
Stefano Scagliarini had contacted NoisyVision asking for members to contribute to his  thesis project.
I quickly looked around. Looking in front, to my right and to my left and then again back to the front, right and left, and yet I never found him.
After a few seconds of rapid scanning, I successfully found the face of a guy smiling right at me. He had a look of amazement and intrigue, but kind.
It was the first time we met: a sort of blind date on a sunny July afternoon.
I had given him the heads up that I was going to wear a blue and white striped dress but I neglected to inform him of any specific needs that I required such as positioning himself in front of me upon arrival and not off to my side.

If you think about it, what better way for Stefano to immediately immerse himself into my world as someone whose thesis is entitled  Blind Images. Photographers without sight?
(Thesis abstract here)

We sat in the shade under the gazebo of a bar and Stefano illustrated his thesis project. It could be summarized into  three key words: photography, blindness and synaesthesia.

Having always been passionate about photography and having graduated from the Bauer CFP, Stefano carried out an in-depth theoretical research on the themes of sight and oculocentrism, blindness and low vision, and synaesthetic planning. Through his thesis, he wanted to make a contribution in changing the dominant sensory hierarchy in our society. He wanted to propose a unique approach, both in perception and in communication, that goes beyond sight and involves several senses simultaneously. He intended to achieve this goal through photography, a means that is primarily linked to the sense of sight, with the support of blind and / or partially sighted people. He wanted people who “see” and express themselves with other senses, rather than with sight. Inspired by the first example of photography made as a denunciation and expression of an inner state of mind, the Self portrait as a drowned man by Hippolyte Bayard (1840), Stefano wanted to support his thesis with a series of self-portraits staged to express a precise characteristic of people with visual disabilities. These individuals could realize the photographic representation of themselves with his guidance and support.

Self-portrait could be used as a means of self-knowledge and as autotherapy. Photography is an expression of a specific message but can also be an instrument that creates a bridge for human relationships. It shares an exchange of knowledge and mutual involvement – between subject and designer – in achieving a common project goal. The senses play an integral and significant part of the whole process, in the three phases of conception, realization and fruition. In fact, the design comes from the senses of the people portrayed and expressed through the personal perceptual path of each subject; the use of the photographs will then be accessible to everyone, visually-impaired and non visually-impaired, through the association and translation of sensorial stimuli.

From the theory we slip to practice: Stefano asked me what I would like to express about my visual condition and invited me to start by referencing a song. Our connection was immediate. I started talking about London Grammar’s Wasting my young years. For me, the song speaks of a finished love story and the inability to overcome an obstacle. It is about how difficult it is to get close to someone or to realize their own dream out of fear. Not acting because of this feeling of fear is tantamount to renouncing the ability to live. To remain motionless, losing the years and the best moments in life.
Almost without realizing it, I found myself talking about a moment during my diagnosis when I was 25 years old. I remembered it as if it was yesterday: the practitioner, who had made me take the OCT, came into the room, turned to my mother and without looking at me said, “I can tell you that the result of the test shows a suspicion of retinitis pigmentosa. This needs to be verified with an ophthalmologist”.

… In reflecting, I knew then what I wanted to tell through my self-portrait!

I wanted to express this immobilizing fear I felt after discovering that I have a degenerative and untreatable condition which will gradually lead me to lose my sight.

Stefano and I said our goodbyes after two hours of conversation, both of us enthusiastic about working together. We subsequently had our exchange of e-mails in which we discussed how to develop from an iconographic and iconological point of view this theme I identified. We had to select the locations around Milan that we would travel to create the video interview and reportage, which would introduce my self-portrait in the thesis.

September came and I met with Stefano and his girlfriend Clorinda in Piazza Sant’Alessandro, a plaza in Milan that I adore. We walked around as I began to share my story. Stefano was discreet and an honest interpreter of my personality. He guided me and took photos of me having drafted an itinerary of hidden places rich in history, which reflected my passion for art. Usually I do not like being photographed yet there was never a moment in which I felt embarrassed. Clorinda, Stefano’s girlfriend, provided much support and met my every needs. Most of the photos in the report and self-portrait were taken in the park of Villa Belgiojoso on Via Palestro, in Milan. I made my journey, of activation of sensory perception, of discovery and interaction with the various elements, such as trees, leaves, roots and statues; it was a journey made possible in an effort to share without words as visually impaired.

The self-portrait is the perfect conclusion. The sculptural group I sette savi by Fausto Melotti (1981), located behind the Padiglione di Arte Contemporanea (PAC), overlooks Villa Belgiojoso. The original work, built in 1936, included twelve white Carrara marble statues that were partially destroyed. The author, having to reconstruct the work, decided to make seven similar ones, but each one different from the others. Despite their almost geometric shape, seen together the sculptures seem as if they are real people. Each statue immersed in their thoughts with their eyes turned upwards and never meeting the trajectory of their companions’ gaze. The almost sacred, totemic aspect of the seven statues creates a rigorous rhythm that communicates with the environment and the surrounding atmosphere. After discussing it with Stefano, I had decided to cover my face with a cloth and wrap my body with a sheet, both white. It was as if I was the eighth element of the group so I placed myself amongst the statues. 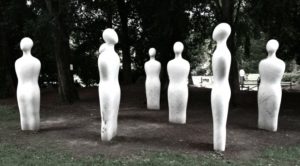 I could not have found a better way to represent the physical immobility of that one moment that began my history as visually impaired. The revelation of retinitis pigmentosa and the discovery of an uncertain and unpredictable future was perfectly defined in the self-portrait. The body in the height of my youth becomes heavy and cold like the marble of the statues that surround me, but they do not observe me. The white cloth on my face, which recalls Magritte’s paintings, creates paths of light and shadow without letting my identity leak out. This underlined the idea of ​​emotional immobility and the total annihilation of my hopes and dreams.

This annulment proved, fortunately, to be temporary. It’s all thanks to the support of my family and friends and the exceptional people who I met on this path. It is thanks to the retinitis pigmentosa that I have been on this journey. I cannot neglect to mention Dario and Alessandro, my fellow adventurers with Usher syndrome, who participated in Stefano’s thesis project, each of us telling our story.

Often the limits are imposed on us by our fears and prejudices and are far more disabling than the actual physical ones. Of course, living with a hearing and visual limitation is complicated, but it is not enough of a reason to renounce living with enthusiasm and following one’s passions.

Thank you, Stefano, for finding us and for giving us the opportunity to express our vision beyond sight.

The other photos of the reportage 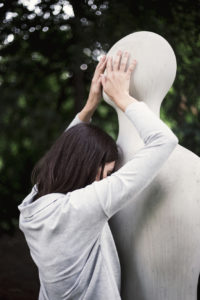 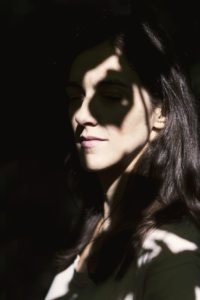 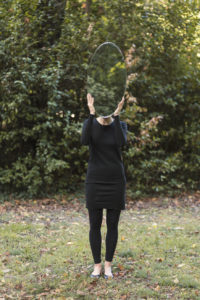 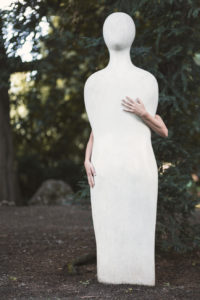 Note: All the pictures are protected by copyright and cannot be used or distributed without explicit consent by Stefano Scagliarini

Here is the video that completes the thesis project