My Name is Cinnamon” (forthcoming Hay House 2022) is an adventurous tale of a little boy whose life is nothing short of a roller-coaster ride. Cinnamon is a very special boy for many reasons, foremost being that he is a ‘heart-baby’ and not a ‘tummy-baby’, i.e. he is adopted. He grows up seeing love and laughter in his life, not to mention silly banters between his parents over food preferences and lifestyle, as his father and mother are from very different regions of India. From the bustling city streets of Pune, to the chaotic and charmingly infuriating city of Kolkata to Nandurbar’s hilly, vast and breath-taking lush green vistas, the book will make you think, laugh and cry. A sensitive, original story that has been appreciated by people from over 30 countries. 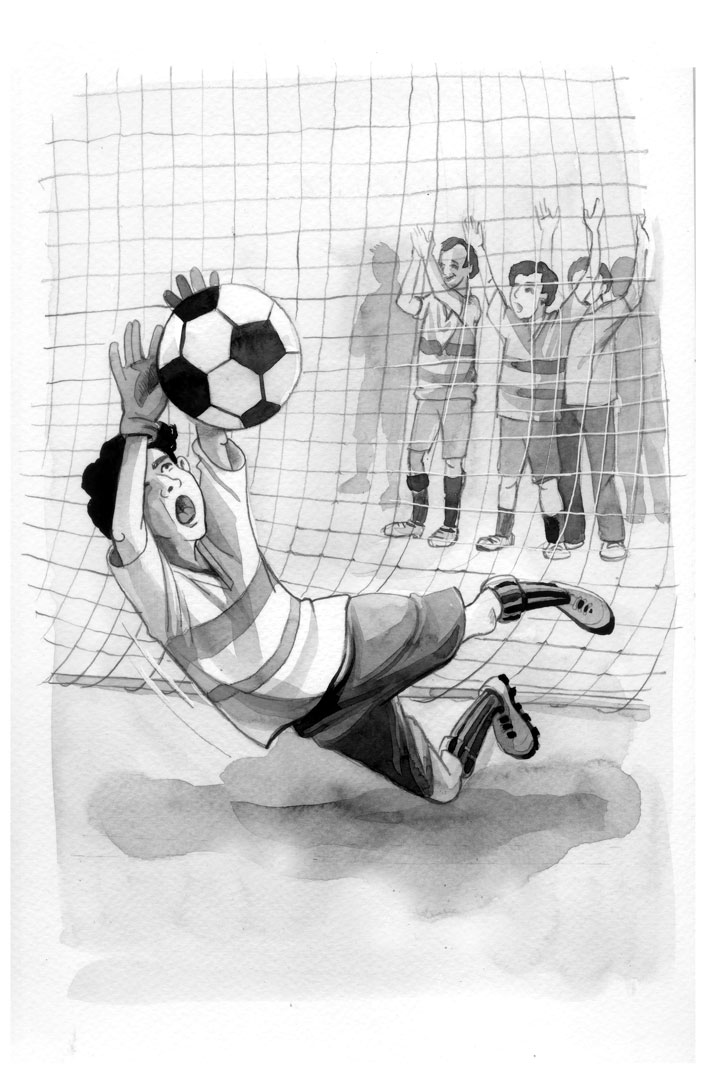 A REVIEW BY DARIO SORGATO

“He just saw it as a natural part of his identity”
“If I am adopted there is nothing I can do about it”
When I read these two sentences, in different moments along the story, I fully identified with Cinnamon.
He is referring to his adoption but I related as a Usher Syndrome companion.
It is about acceptance, which is a stage of grief we can all face at some point in life.
Cinnamon learns trough the love of his parents that adoption is not something wrong or worse. It is just as it is.
It should be the same with Usher Syndrome and many other disabilities.
There a re different types of Usher Syndrome and in some cases the hearing and vision loss are severe and they truly influence daily and social life.
Dealing with the degeneration of sight, hearing or both needs a constant adjustment of habits, movements, tools and devices.
No more riding the bike, no more driving the car, no more reading a paper book.
It is hard, no doubts, but on the other hand it improves one’s resilience. And the wish to achieve your own dreams.
Cinnamon and Vikas are like this.
The first wishes to meet his birth parents at any cost, the second always wanted to write a book, until he did.
Usher Syndrome is also this. A burning fire which gives you no choice than pursuing your goals, as you may not see or hear the same way for much longer.
I had to read this book with no breaks, I wanted to know how the young boy would receive the diagnosis. Most of the Usher people can relate to Cinnamon as we slowly find out that something is not right. Maa and Baba will find the best way to inform him. They will support him as they always did. They will do when they feel ready.
This is what I suggest to the dozens of mothers reaching out to NoisyVision with the fear they will not be able to go through all the challenges, with the fear their child will not be able to cope with this Syndrome.
Today, thanks to this book, we have the chance to say to all other Usher patients and families that we will make it, we will face it and hopefully one day we will cure it.
On the other hand this book is a unique opportunity to inform others about the existence of this disease and the importance of understanding its consequences to avoid prejudices.
My biggest thank you goes to Vikas. He had no connection to Usher Syndrome till he read this words in the newspaper. He took upon himself the challenge to write a story and to inform readers in a country where there might be very little information.
The way he writes takes the reader deeply inside the story and it is impossible not to identify with the characters.
In a narration where sight and hearing are protagonists, fading away as Cinnamon grows, Vikas takes the reader deeply inside Indian culture and Indian cuisine.
I could smell every single dish, I could nearly taste the food. I wanted to drop the book and run outside looking for an Indian restaurant. Even more I wish I could just fly to India, hug Cinnamon, Maa and Baba and sit at the table with them.
This is what a good book does.
It takes you deeply into a different world, a new world, real or fantastic where the senses are so stimulated that it does not matter how much you hear or see, it is all within your heart and mind.

The book will be published soon, meanwhile, enjoy this Book Excerpt

The Night Time Raid on the Kitchen!

Cinnamon lay in bed, and stared up at the ceiling, desperately trying to stay awake.
His ears pricked suddenly.
Gradually, all the sounds in the house reduced. Everyone had started going to bed.
The late night time Bengali serials and political discussions could no longer be heard.
Now was the time!
Mustering up his courage, he remembered that the stainless steel dabba was in the fridge. The picture of the rosogollas was too tempting to remain trapped in that bunk bed. Gripping the bunk bed for support, he lowered himself down gingerly. He couldn’t see anything at first.
To his surprise, his eyes refused to adjust to the darkness. Was it his imagination or was the darkness more intense than normal? He waited for a while but finally decided that he had to move ahead.
Cinnamon rubbed his eyes. He debated for a moment whether he should stay put. But hearing Souradeep snore, he knew it was now or never.
After waiting for an eternity, he could finally make out silhouettes; enough to make out what it was.
He had a good idea of where the kitchen was, and how to go there from his room. Inch by inch, Cinnamon crawled from the room’s door to the kitchen and finally the fridge.
He opened the different dabbas and feasted on the sweets, in particular the rosogollas and sondesh. He lost count of how many he had eaten, but finally his stomach was at bursting point.
Cinnamon had to make the journey back. Again, he could barely make out anything. The blackness became a bit less intense but none the less, persisted. He decided to get down on all fours and crawl across. He bumped his head against the bedroom door on his way back. It was all he could do to stop himself from crying, but he bit his lips. Very slowly and with difficulty, he climbed up into the bunk bed.
In the morning, he woke up to loud proclamations of ‘Ki acche?’ and ‘Key korlo?’ Tiptoeing to the bedroom door, Cinnamon poked his head out to see into the kitchen. In any case, when Maa and maashi spoke, there was no need to strain one’s ears.
“So many of the rosogollas are eaten! Maago!” said Maa. Nilanjana maashi stared deep into the tin suspiciously, as if the culprit could be found at the bottom of the jar. Didima opened the other tins as well, one by one.
“Even the shondesh and chomchoms!” exclaimed Didima. “Who ate so many, I say?”
“Must be Shouro. Such a glutton he can be na,” said Maa dryly.
Nilanjana maashi raised her eyebrows but didn’t respond.
“I was sleeping really,” Souradeep insisted.
Cinnamon was elated. He decided to stroll across nonchalantly to the sink to brush his teeth. Maa suddenly giggled.
“Cinnamon, come here,” said Maa. He went forward.
“Nilanjanadi, look at our Cinnamon.”
They all stared at him and they all on cue started giggling. Cinnamon wondered what they were staring at.
“Khokha, I say, how many rosogollas and shondesh did you eat yesterday night?”
Maashi asked very sweetly, her lips rolling every letter.
“I didn’t eat any…Kubhakshana…Souradeep ate them!” There were only peals of laughter in response.
“I didn’t eat any, it seems,” chortled Didima.
Maa took him by the shoulder and dragged him to the bathroom, amidst peals of laughter.
“Look in the mirror baby.”
Cinnamon could have died of embarrassment.
His whole shirt was covered with pieces of rasgolla, malpua syrup stains, sandesh and cham chams, as was his mouth. In his haste to get back to the bed, he had completely forgotten to even wash his mouth and hands. “I look like a stupid monkey with all that sweet stuff smeared all over my face,’ felt Cinnamon ruefully.
Soon after breakfast, Cinnamon’s stomach decided it had quite enough of the nocturnal all you can eat Bengali sweet extravaganza. He rushed to the bathroom and stayed inside for a looooong time.
Yes, thought Cinnamon, after coming out of the bathroom. Maa was right after all. Even too much of sweets, may be a bad thing.
But there was a bright side, Baba pointed out.
He said, patting Cinnamon on his shoulder, embarrassing him, “Look at the bright side Cinnamon. At least now, you know how it feels when an elephant poops!”

A touch of cinnamon

My Own Face, not anyone else’s