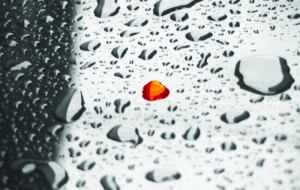 To understand how rare Usher Syndrome is, we try to compare some data.

(Unfortunately, no data are verified and confirmed. We tried to compare different sources, selecting the most reliable, combining the results. Where there are conflicting and more current data, Noisyvision would be pleased to know)

Retinitis pigmentosa is among the leading causes of blindness in the world and in Italy alone affects approximately 30 000 people. According to international statistics, affects about one in 4 000 healthy subjects. This means that the diffusion in Italy is higher than the world average, as confirmed byRP Sardegna Onlus – Associazione ciechi ipovedenti retinopatici sardi,, which writes about one case per three thousand inhabitants. The WrongDiagnosis statistics confirm this data for Italy.

In the U.S., approximately 1 in 2.719 or 0.04%, or 100,000 people suffer from RP (Research to Prevent Blindness, NISE, NSF), and according to this figure you can see here the extrapolation of data for many countries around the world

About 1 in 1,000 children is born with problems of deafness.
About 60% have a form of genetic deafness.
In Italy there are 5 million hearing-impaired, of which 70,000 deaf or prelingual deaf. Worldwide there are approximately 70 million deaf, according to the World Federation of Deaf, at a rate of 0.1%.

Both diseases featuring Usher Syndrome are not easy to quantify in terms of population, both hearing impaired and visually impaired do not want to be classifiedas as such, and sometimes the diseases themselves are not even diagnosed, as both are not visible, and invalidate slowly and in different ways, depending on the case.

As it makes little sense to compare data to determine the incidence of Usher Syndrome statistics as the sum of the two sensory impairments. data allow to include the syndrome as a rare disease among the rare to the point that it is not yet recognizedas such by the Italian Ministry of Health. Nevertheless is included in the list of EURORDIS, according to the 2005 report of the European Conference on Rare Disease

The European Commission on Public Health defines rare diseases as “life-threatening or chronically debilitating diseases which are of such low prevalence that special combined efforts are needed to address them.” The term low prevalence is later defined as generally meaning fewer than 1 in 2,000 people. Diseases that are statistically rare, but not also life-threatening, chronically debilitating, or inadequately treated, are excluded from their definition.
The definitions used in the medical literature and by national health plans are similarly divided, with definitions ranging from 1/1,000 to 1/200,000. – Wikipedia

So retinitis pigmentosa is one of the rare diseases, deafness is not.

Well I have something that only 3000 people in my country. One every 20 000 inhabitants, equivalent to 0.00005%.
Although it is not the only cause of deaf-blind, try to think: how many deafblind people you know?

I believe I convinced you: to be an Usher is to be really rare. It ‘s much more likely to make win the match 4 numbers of 6selected in the Lottery than to be born with this Syndrome,
In some ways I’ve already won my lottery. I have one of the “worst nightmares that a deaf person can live“, one of the worst incurable genetic diseases, I have two sensory deficits, both destined to worsen. Really, I can not ask for anything more.

Irony aside, the one of rare diseases is a paradox: even though the “diseases are rare, rare diseases patients are many”. It is therefore “not that unusual to have a rare disease”. It is also not unusual to “be affected by” a rare disease, as the whole family of a patient is indeed affected in one way or another: in this sense it is “rare” to ﬁnd a family where nobody is – or no ancestor has been -affected by a rare (or “unknown”, “unexplained”, “strange”) (pag. 20 of the 2005 report of the European Conference on Rare Disease)

• How common is Usher syndrome?

2 comments from the community