My name is Alberto.

If this post works well once I’ll press the “save” button, you’ll see a pic of something that wouldn’t have happened without #yellowtheworld.

I joined #yellowtheworld taking part to “Also The Gods Like It Yellow” with my great friend Nicolas.

Me and Nicolas used to play in a band called Slowmotion Apocalypse until he suffered from leukemia in 2009 and he’s never been able to play guitar again. Not to mention his life changed radically in general.

Slowmotion Apocalypse made us experience how amazing life can be like very very few other things out there. It was our way to create and share beautiful content for our life and the life of those who liked our music and everything gravitating around it.

Back in February Nicolas told me he would have liked to do a hike with me… guess what?! The “Cammino degli Dei” was the challenge we were waiting for.

Nicolas has quite a hard time controlling his movements – speech included – and balance, so deciding to walk on mountain paths for over 120 km is not a sure shot at all.

Nevertheless, as soon as we started we found a bunch of truly fun, lovely and motivated people, the knowledge, love and support of the C.A.I. BO EST (Italian Alpine Club – Bologna Est) members and Nicolas’ determination: stronger than his legs and as strong as our friendship. So yes! We made it until Florence! Which means we’ve been part of creating beautiful content for our life and somebody else’s life again.

So what’s that pic about?!  Well, our contribution to yellowing the world didn’t stop there.

While walking the Path of the Gods, I was telling Andrea about our beautiful mountains and our favorite ice cold river there. I also mentioned the last time me and Nicolas went bathing there together was probably Summer 2009 for the aforementioned reasons.

You know those C.A.I. guys… They’re pretty badass! So few weeks later, while I was on holiday in my Friulian wonderland, they drove there all the way from Bologna carrying a lot of good wine, home baked sweets, all the climbing parafrenalia and a “no matter what” goal.

In that pic you can see – left to right – the crew Nicolas named the “Teste di C.A.I.”: Fabrizio, me, Nicolas himself, Marcone and Andrea. Unfortunately you cannot see their wives who are as essential as them to the crew.

You see that wall behind us? That’s where we managed to go all together and don’t you dare think it was easy!

Even if none of us is visually impaired, I can assure the world was more yellow from there.

A line in the very last song me and Nicolas wrote together in a cheap motel in Virginia back in those early 2009 days sounds now like a prophecy: Keep walking further. 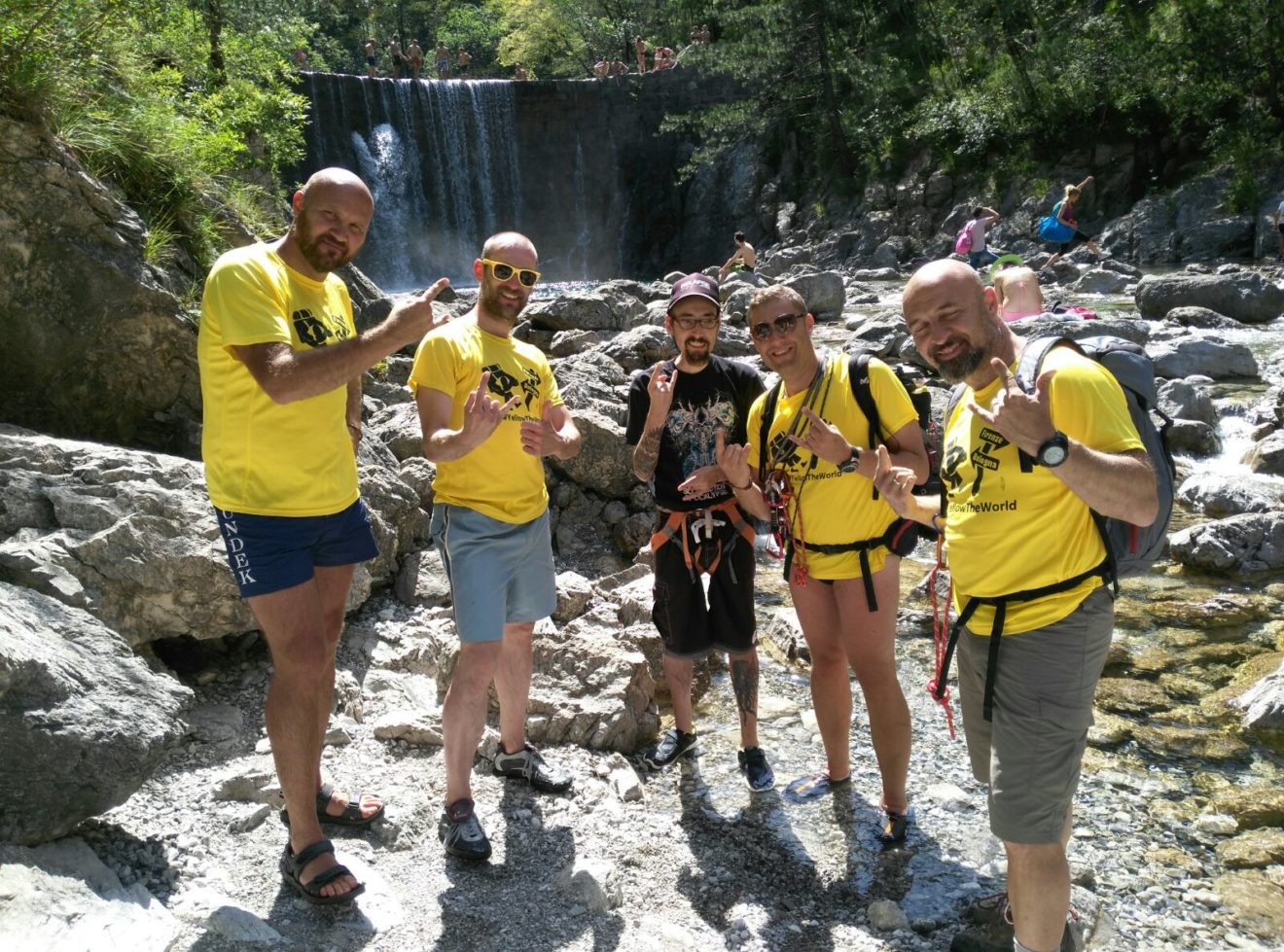