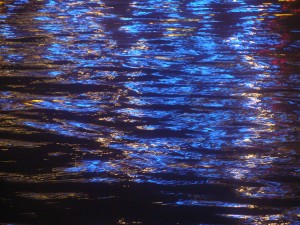 I recently described a photo taken by a photographer who is blind, with the aim of providing information readable by a screen redader so that other blind people can ‘see’ the picture and eventually the photographer may have feedback on what is imprinted on her shots and find out what they communicate to the observer.
Only after writing the comment, I wondered:

But how should one describe a picture if the purpose is to show it to a blind person?
What are the important informations? What should you leave out? Which one are the details that allow the imagination of the blind to recreate a visual rendering ?


It is obvious that it is all very subjective.
On the one hand the way to describe, the words used, the similarities, the approaches, definitions are closely related to the experience of those who describe, on the other hand it is very individual the way you can visualize the images. This is related to the type of blindness, total or partial, to the age when the sight was lost, the years have passed since one no longer sees, as well as personal taste, both in terms of colors, and in terms of synaesthesia.
For example, how the information about a color is transformed  in two subjects that have adifferent sensory perception of the word? Take the orange, it may be associated with the oranges in one case, and then to a fresh taste, danger in another case, and then communicate two different sensations, which in this case would turn into two different visions.
To get the best result and as objective as possible, you should have a wide range of different descriptions, run independently. If some adjectives are more recurrings probably they are close to a sort of universal truth

In an article written by Georgina Kleege, Blind Imagination: Pictures into Words, some interesting aspects are highlighted.

In cinema, the filmmakers take care of every detail to create images for each scene, paying attention to the lighting of any object in the foreground as the background, trying to create scenarios that consciously or unconsciously affect the observer. To describe the scene to a blind person could be concise and the idea that everything is visual richness could be reduced to a few descriptive phrases, may also irritate the directors.

In real life, just as sighted people vary in their ability to translate images into words, blind people vary their level of interest in the visual field. It may be that people who lost their sight later in life, and then maintain visual memories, are more hungry for visual details, while people who have been blind since birth or childhood may find this information less significant.

The best description for the blind come from those who can take a step back from the immediacy of his experience and imagine the world perceived by other means.
Each era and genre of art has its own conventions, vocabulary, idioms and syntax: understanding the art requires a certain ability to decode or translate the visuals into words
However, to describe the images is not useful or interesting only for the blind. I think it is a different passage, a different level. The immage becomes another after having described it, even for those who are describing. The description forces to transform the emotions, to read, encode. You are forced to work with fantasy, imagination, to search for combinations that describe more realistically a photo that might be abstract, unreal, edited.
A detailed description changes the perception. The description conveys the image from the unconscious to the rational.

So if it is true that the blind can not always experience images without words, words can be experienced without images. When words are well chosen, make something happen in the brain that is not entirely visual, but it’s still vivid. It happens without extraordinary effort, it happens to me every time I read a book, as it probably happens to all readers, whether they are blind or not.

If you like, then, spend a few minutes to describe a Photo, especially in website visited by visually impared, you could give somebody a vision, an emotion. Eventually also to yourself.

SEE ALSO
Visual literacy, the imagosphere, DFTB, and Wikiscribe It!
How to Make Your Blog Accessible to Blind Readers

3 comments from the community