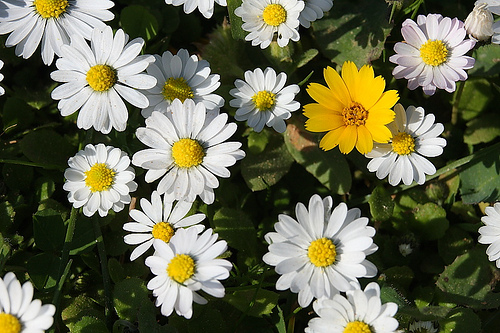 Have you ever wondered how life would be if most people were blind? Or, ironically, if by some remote chance, we were all blind or deaf?

It is clear that if we have eyes and ears would be desirable to have sight and sound systems functioning in the best possible way, but there are two cases, a fantasy one and a real one, showing that if the majority lack a sense, everything will adapt to continue life and survival.

In 1904, Herbert G. Wells published the short story The country of the blind (read the full story here) which tells the story of that Nuñez, lost in the Andes, welcome by a community whose members are all blind. Confused by the life of work and the fine senses of his guests, will have to maneuver between his sense of superiority and their remote wisdom, because the blind have set out to heal at all costs from its inexplicable, perverse obsession for sight.
They were blind for fourteen generations, completely segregated from the sighted world, and the name of all things related to sight was confused or had changed direction. Much of their imagination had dried up like their eyes, and they had procured new images with the heightened sensitivity of their ears and their fingertips

If this is a fantastic story, is rather a historical fact that at the beginning of ‘900 in Martha’s Vineyard about 25% of the population was suffering from deafness. For a variety of circumstances: the island was colonized by a few families, whose members soon were married and had children together. Members carried the recessive allele that caused the deafness, and joining together led to the birth of deaf people.
The disease was so widespread that in Martha’s Vineyard to be deaf was not a handicap, all the inhabitants knew sign language, so that even the deaf worked regularly, they married and had children.
In addition sign language in a sea place was more appropriate to communicate at a distance between vessels
The people of Vineyard talked, taught and discussed with sign language – they used even to think and dream.

In both cases it is somehow shown the potential to adapt to enviroments and behaviors and how to be disability in some way is often just an incompatibility with a system made according to fully functioning senses and bodies.