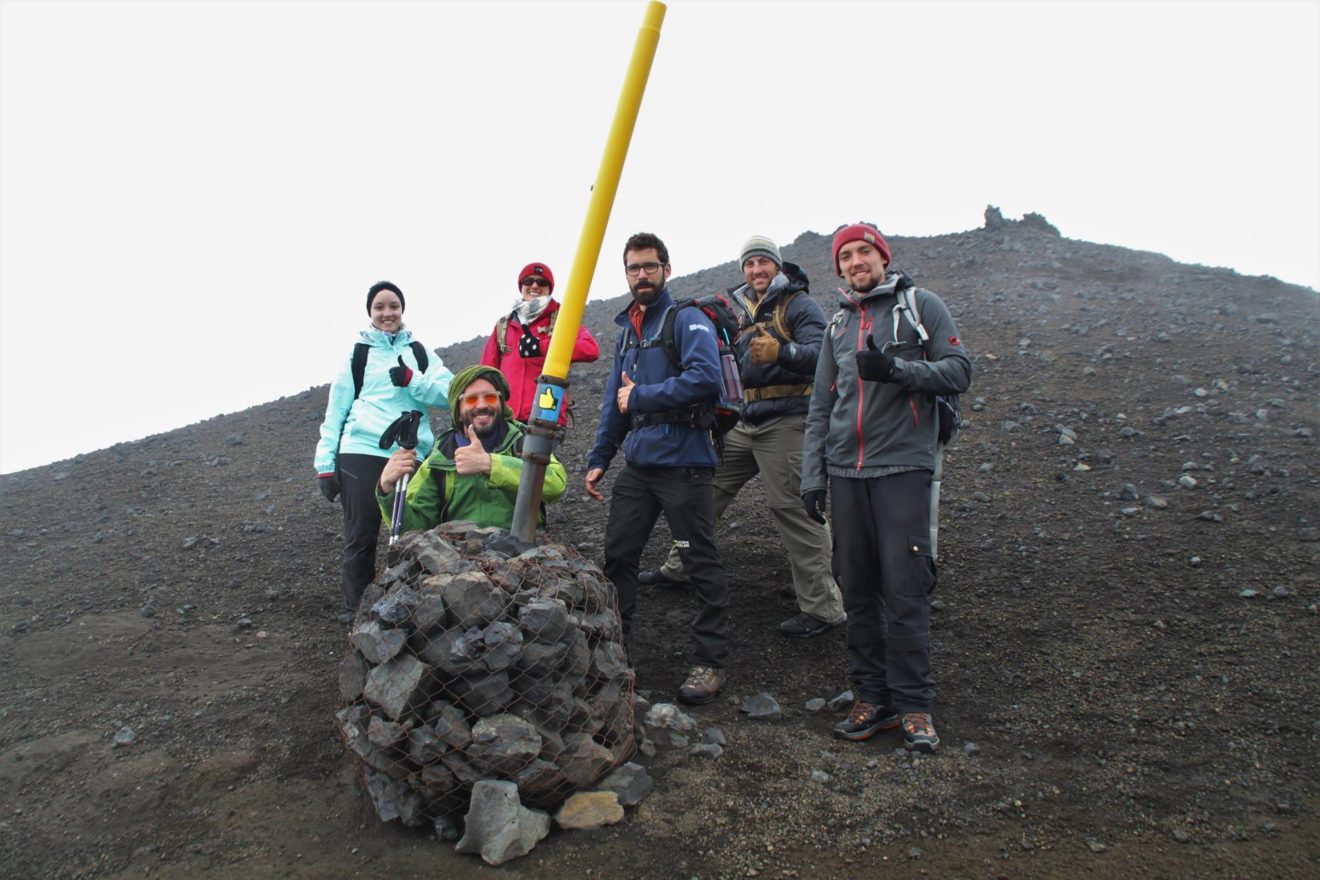 Móði and Magni are the sons of Thor. Their names mean “Brave” and “Strong,” respectively.
The two youngest craters in Iceland.
The craters are situated between glaciers Myrdalsjokull and Eyjafjallajokull and were both formed in the Eyjafjallajokull volcanic eruption in 2010. They still steam with lava glowing under the surface. From the top you have an excellent view of the glaciers and the beautiful Thorsmork valley.
At the time I was up there it was cloudy and the black and red lava was surrounded by mystical fog.
This is how far #YellowTheWorld can get.
I had the fear I could not make it, but a great team and wonderful spirit made it possible. And I knew I could trust people, therefore I decided to try.
Once again, it was a challenging accomplishment beyond the limits.