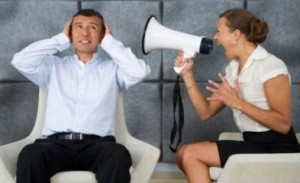 As we talk we don’t pay attention to the synonyms of our language and we use them almost carelessly. Apparently.

Let’s consider the following words: to hear, to perceive, to feel, to understand, to get, to listen… a thesaurus would provide many more other choices.
It is important to note that all the words above are synonyms, therefore they are similar but not identical.
Sometimes two words appear similar and almost identical but as a matter of fact they carry two profoundly different meanings. It is the case of “hearing” and “perceiving”.

We think to use all the synonyms without distinction. It is not so. Who would ever say “yesterday I have listened that next week end is going to rain”? or “I have listened a noise, I’m going downstairs to check”? These sentences give us the creeps! Actually we use “to hear” meaning that we are perceiving acoustically without any effort on our account; “to listen” as an active action we take in order to understand what someone is telling.

“Hearing” and “perceiving” have a different meaning. Let’s go back and explain another useful concept. In voice speech there are two fundamental kind of features: segmental and suprasegmental.

What does that mean?

As we talk we produce a sound. Oral language is carried through voice. As an example if we say “now you go home” we produce a continuous sound.
Let’s imagine that we have worked hard all the day with the help of a friend. Eventually, fatigued and exhausted but thankful we tell him “now you go home”.

Let’s now imagine we had a fight with our boyfriend/girlfriend and, very angry, we tell him “now you go home”.

In these two different situations we tell the same words, we utter the same sentence, we pronounce the same syllables and sound but we mean two totally different things. What has changed? Not syllables, not articulation, but what has changed are the tone, the pronounce.
The single letters “N-O-W-Y-O-U-G-O-H-O-M-E-“ are the single segment of the sentence. We are speaking about the “segmental part” of the language.

The tone (angry, thankful, ironic, … and so on) belongs the “suprasegmental part” of the language. This part also carries other properties such as length, pitch, rhythm, cadence, frequency, accent.

Now that this difference is clear, we can affirm that profoundly deaf people perceive but do not hear. They can listen without hearing but they rely on perceiving the sounds.

READ ALSO
• Being an Usher: listening