Founder of NoisyVision, Keynote Speaker, Consultant on Accessibility and Inclusion.

Born and raised in the province of Padua, Dario Sorgato at the age of 16 was diagnosed with Usher Syndrome, a congenital disease that can lead to deafblindness. After graduating in Design at the Politecnico di Milano he embarked on a series of journeys, looking for new challenges and determined not to be stopped by physical impediments. In 2004 he spent a year in Australia and New Zealand, in 2007 he completed the Camino de Santiago and in 2008 he sailed for almost two years on a ferrocemment vessel from Cape Town to Havana crossing the Atlantic Ocean and coasting Brazil and the islands of the Caribbean Sea. He collected his adventures and emotions in the books (in Italian) “Un anno in  otto ore” (One year in eight hours), “Tempo Lento” (Slow TIme) and “ACQUA: Un viaggio” (WATER. A journey), which he promoted in various cities of Italy with public readings shows.
In 2011 he founded NoisyVision, an non profit organization that aims to raise awareness about sensory disabilities and to implement initiatives in favor of those with visual and hearing limitations. In this context he has carried out several European workshops and activities in the nature related to the mountain and the sea.

From the combination of his designer background and his sensory disabilities, he grew a strong interest towards accessibility, becoming engaged as a consultant, collaborator and keynote speaker in various public and private events.

Thanks to his innate talent as an entertainer, he has transformed his biography into a compelling story that he proposes as a motivational speech in different business contexts.

One Year in eight hours 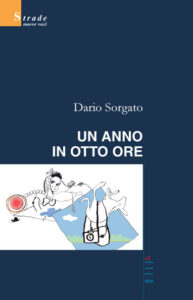 A trip. A diary. An intense emotion stopped page after page by the ocean, at sunset, at night, in silence during a journey that began on June 15, 2004, and took Dario Sorgato from Italy to the discovery of Australia, New Zealand, Malaysia. And of himself. Between the lines a unique journey takes place within life, from Sydney to Kuala Lumpur passing through the wonders of the Outback: a journey through feelings, places, people, memories, faces, colors and flavors that the writing sets as a necessary trace and indelible of every gesture, feeling and moment. The time of a year condenses, suspends, stops in an interval in which the search for the other unfolds, of love, of existence, in the encounter with that elsewhere in whose sole fusion he feels he sees the full his deepest identity. Until you get home. Close to the usual affections and scents. Close to a different self. With a personal style in which the diary form merges into stretches of sensitive poetry, Dario Sorgato gives his story to all those who will be able to get involved by his thoughts in flight on the wings of a pen, a dream that has no end. 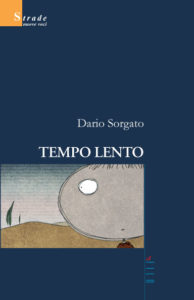 Time can be an enemy to keep under control or a resource to be organized in the best way, but in any case it remains a contemporary obsession. Our perception and our consciousness are permanently anchored to the hands of the clock. Inspired by a reflection on the idea of ​​travel, Dario decides to regain control over his life, to slow down his time. For this reason he will put himself on the Camino de Santiago, entering a new dimension, in which individualism and fusion in the community coexist without conflict, in which time has a completely different sense. The discovery of slowness is a path of maturation by degrees, which passes through trials, successes and failures. And the revelation starts, rather than from the brain and more than from the heart, from the feet 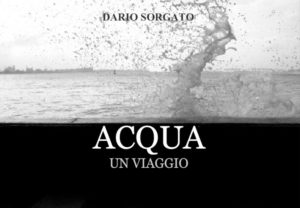 See the book in PDF format

Available for motivational and informative speeches. Starting from his own personal story of diagnosis and acceptance of Usher syndrome, Dario Sorgato describes methods and strategies to face one’s own limits and turn them into opportunities. Passionate about inclusion, accessibility and assistive technology for all 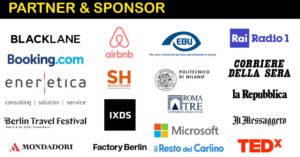 Consultant on accessibility of places, services, websites and applications for people with sensory disabilities.