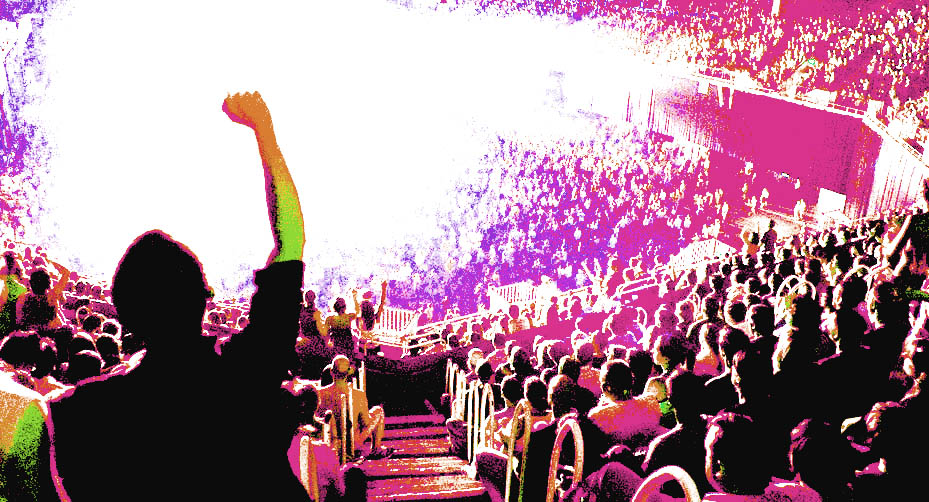 Hands up those who have never thought of death.
How many hands would be raised if I did this question? Few, I think.
Death is part of life, even though it marks the end. Although it may be difficult to deal with this issue is the awareness of the end that value life.

Everything ends. Everything is temporary. Nothing is forever.

There are many people who fear death, especially those who see it closer due terminal illness or because of age.
Personally I do not think I am afraid of death. Not mine, at least.
I fear rather that of loved ones, friends, because after all you are confronted with the death of the other more than with your own.

1. I wish I’d had the courage to live a life true to myself, not the life others expected of me.
2. I wish I didn’t work so hard.
3. I wish I’d had the courage to express my feelings.
4. I wish I had stayed in touch with my friends.
5. I wish that I had let myself be happier.
Honestly, I should dedicate a little to the regret number 1, but otherwise I think if I should refer to this list I could die rather than in peace.

These considerations have made me reflect on my lifestyle and my approach to life, even in relation to the fact that I am a disabled person.

What is the value of life for me?

I said that everything ends, everything is temporary, but for all my life I will have to deal with my own limitations. They do not cease to be, indeed, will only worsen.
In this sense, disability and death are closely related.

The handicapped person can not avoid thinking about death, even when it does not need to go to hospital frequently or suffer from a particular physical pain. He feels invested by the society that surrounds him and to which he belongs, to be the reference point of solidarity. Not only as a recipient, but also for being the bearer. It may be possible to make public the suffering that can strike anyone, but that is still part of alternation of life and death.
The handicap is the symbol of martyrdom for the society.
The disabled person is present in places and circumstances of punishment, where people expect from him comfort and solace in the name of ‘shared pain, half joy,’ and because ‘he knows how to handle certain situations.’
This is not what we try to do when we attend associations and groups, write on Facebook, write an article?
Isn’t it common the need to share, to try, perhaps cynically, to find that someone else suffers as (or more than) us?
The literature is full of references to mal de vivre, which the handicap at times accentuates at times, however, justifies.
The disability can provide an alibi, a culprit, cause and recipient of my sufferings. It is clear, defined and easy to locate.
And her, my Usher syndrome, the cause of my thoughts of death , my uneasiness and of all my pains.

I am reluctant to fully tackle this topic, because I do not know what effects it can have on those who read, but I believe that eliminating certain taboos and openly confront even the most sensitive issues, may serve to make them less burning.
Diametrically opposed to the fear of death, in fact, there is the desire of death, of our own death. Translated, the suicide.

The path is not very complicated, almost taken for granted: living with retinitis pigmentosa, knowing that the sight will get worse, not having a definite deadline, being aware of the slow regression of the disease, the social impact, the need for help, despair, the depression.
And suicide.
Death as a defense, as an end of pain, not physical, but psychological. Death as the end of the daily struggle, as the end of efforts to learn every day new obstacles, the end of the frustrations for each new bump on the head or the legs, the end of the uncertainty of a job, of incapacity to work, end of insecurities, of sadness because one day you can no longer see a bird in flight, a wave of the sea, the smile of your child.

However, these are all adductions of those who have died, but fortunately not physically.
We die inside every time that we are tired, that something goes wrong, that the difficulties seem insurmountable. But even these are not forever.
When I think of death, I realize that it is always only a thought and as such I also enjoy that thought.
I think if I really take my life, I would have lost.
And I do not want to lose.
I bet with myself that I’ll get to the end, as far as I can and I will in the best way I can.
In a sense I’m curious to see how it goes this life, what I will be able to do even if I become blind.
But why would I want to end my life now that sooner or later someone will do it for me?
For better or for worse, it is better to live it all, this life.
The suffering is not easy and I will not be able to do anymore all what I listed abov, but I am a great admirer of the human mind and its immense possibilities and capabilities.
Humans adapt to everything, all the conditions of temperature, light, altitude. I, too, slowly, adapt myself and I continue to live.
I live and I think of death, suicide, everything that I like to think.
I think and I’m not afraid.
I do not want to have fear.

7 comments from the community